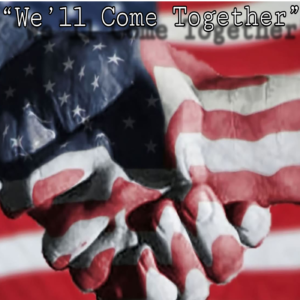 Today is a release day…woo hoooooo!
My NEW SONG “We’ll Come Together” is now available on just about any digital outlet you can think of.. take your pick!
Spotify, Apple Music, Amazon, Deezer, Bandcamp et al!
PLUS, a MUSIC VIDEO for it will be out later today as well.
Keep an eye on my youtube/social media pages for that!
I’m really proud of this song (and recording) and I hope you like it and will share.
It was written the day after the 2020 election–definitely as positive a song as i’ve ever written.. and recorded at the Ice Plant in Long Island City from Dec-Feb.
Here’s a little blurb about the inspiration for it that will be coming out in an interview for Buzzmusic (very soon!)
“I remember it was the morning after the 2020 presidential election, and it was beautiful and unseasonably warm for November in NYC. The results had shown the lead flip to Biden when the late reporting states results came in over night. I was awake (uncharacteristically) very early and feeling good, and decided to go out on a long bike ride, up to Astoria park in Queens. There was barely anyone out and the city was peaceful and from the news sinking in I just had this very profound hopeful feeling come over me, something I hadn’t felt in a long while. After I got back home from the ride I went to the piano and that hope I was feeling translated into a very upbeat tune and the phrase “We’ll come together” came out almost instantly from my mouth. In expanding on the concept I started reflecting on the pandemic.. One of the realizations that came to me early on was that the word pandemic has the prefix “pan”, which means “all”–the idea that we all, as in the whole country, was experiencing this event together..and more broadly, that all of humanity was as well. Your favorite artist or actor is having some of the exact same concerns that you’re having, worrying about whether they’ll get to see that parent or grandparent again. There was something profound and so potentially unifying about that idea.. But, sadly, that beautiful notion was quickly lit aflame by certain political leaders, who managed to turn the pandemic into something divisive. The song is a simplistic response to that idea. I don’t know where we’re headed as a country, but i know if we can’t keep the focus on things that unite us rather than on what separates us, we will be screwed!
Posted by Craig Greenberg in Music
April 29, 2021 Leave a Comment Share This

The NEW full length album “Phantom Life” was released on Dec 4th and is available digitally and on CD now!! 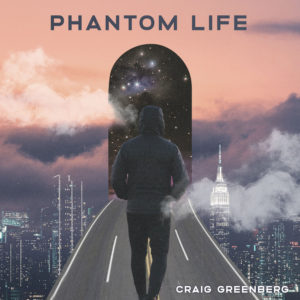 “Face The Fire” was written a couple months into the Covid outbreak in NYC.. my most overtly political song to date.

will be available for download on 10/26 on BandCamp – www.craiggreenberg.bandcamp.com