Thrilled to share i’ll be releasing new single “Quarantine Queen” on 9/30/22.
(also have a video for it in the works that will be out sometime shortly after..  as well planning a release show!).  From the upcoming EP, this song was recorded and mixed at the Ice Plant in Long Island City earlier in the year, and has the distinction of being only the second song i’ve ever released that doesn’t have any piano on it !   Yeah..get ready for some serious CG guitar rock!  😉

They’ll be a presave coming shortly, so keep an eye on the socials!! 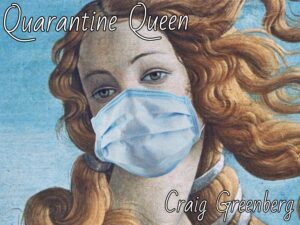