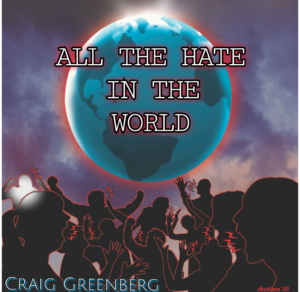 I’ll be releasing the next single from my forthcoming album on 2/21/20.

I wrote “All The Hate In the World” around the time of the 2016 election, one of the few politically themed songs I’ve written..  AND thrilled to share, the song just premiered in American Songwriter magazine, which is a real honor, as I’ve been reading that magazine since i first started out writing songs many years back.  To check out the article, click HERE,

and to pre-save the song on Spotify click HERE 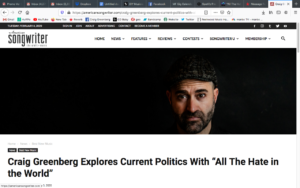 We’ll be celebrating the release of the new single w/ a show @ Rockwood Music Hall (stage 1) on Feb 28th @ 8p (part of their 15 yr anniversary celebration).

Posted by Craig Greenberg in Music
February 5, 2020 Leave a Comment