A few weeks ago, I found out I was awarded runner up in a Reverbnation competition, and got invited to attend the Roots Rock Reivival, up in Catskills, NY. it was a sort of master class camp for musicians who are superfans of the Allman Brothers’ Band. Drummer, Butch Trucks, and bassist, Oteil Burbridge hosted 4 days of workships, along w/ Luther and Cody Dickinson of the North Mississippi All-Stars. They were also the house band and did shows every night. I got to attend the event for free, and get into some really fun jam sessions with them and the attendees. The setting, the vibe, the food, everything was spectacular, and I got to meet some really great people! What an experience!!

The day after returning from upstate i flew to WI for Steel Bridge Songfest 9. I’ve been attending this fest for the last 8 years but this year was truly amazing.  I had some great songwriting collaborations (including getting to work w/ the amazing Louise Goffin), and had a bunch of really good gigs around town! AND, I had the great privilege of being invited to perform w/ JACKSON BROWNE at the fest’s finale (i had last performed w/ him at SBSF in 2008) Here’s a couple pics (more on my facebook page!) 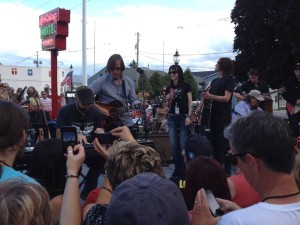 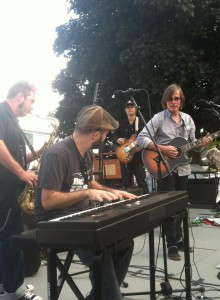 Got a bunch of shows in NYC coming in July/August, including a special birthday show @ Rockwood Music Hall on Aug 21st–definitely the biggest area one of the summer!..   i put some details below (also check in at http://craiggreenbergmusic.com/shows/ for all the lasest)    Hope to see you out there soon!  -cg-

–Wed, Aug 21st
BIRTHDAY BASH @ ROCKWOOD MUSIC HALL!!!
1030p
Rockwood Music Hall, NY, NY
Yes, my big B-DAY show this year will be at Rockwood Music Hall.  This will be my biggest NYC area show of the summer.  Please mark the date in your calendars and plan to come celebrate w/ me!
www.rockmusichall.com